While the first version of the Titan was modeled after the image and video material, this version is much closer to the real Titan of Braavos, as seen in the Game of Thrones series.

It was printed in 14 parts over 2 days and then assembled. 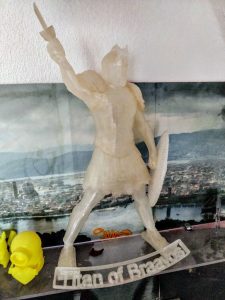 I printed in multiple times, with different Filaments and colors. One version of which even made it into a wired article. 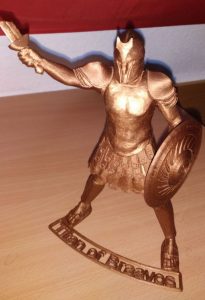 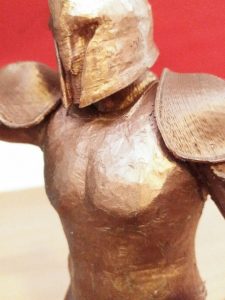 This was printed with copper filament, and in some parts (like the chest plate) flattened using a soldering iron with a flat tip.